You’re supposed to compromise in marriage, but how do you find middle ground when you want another baby and your partner doesn’t? It’s a life-altering decision with major financial and logistical repercussions—and you can’t really meet halfway. That stick is either positive or negative. My husband and I discussed and debated having a third child for about a year before he finally agreed. (Actually, he said, “I think it’s a bad idea, but if it’s what you want, ok.”) 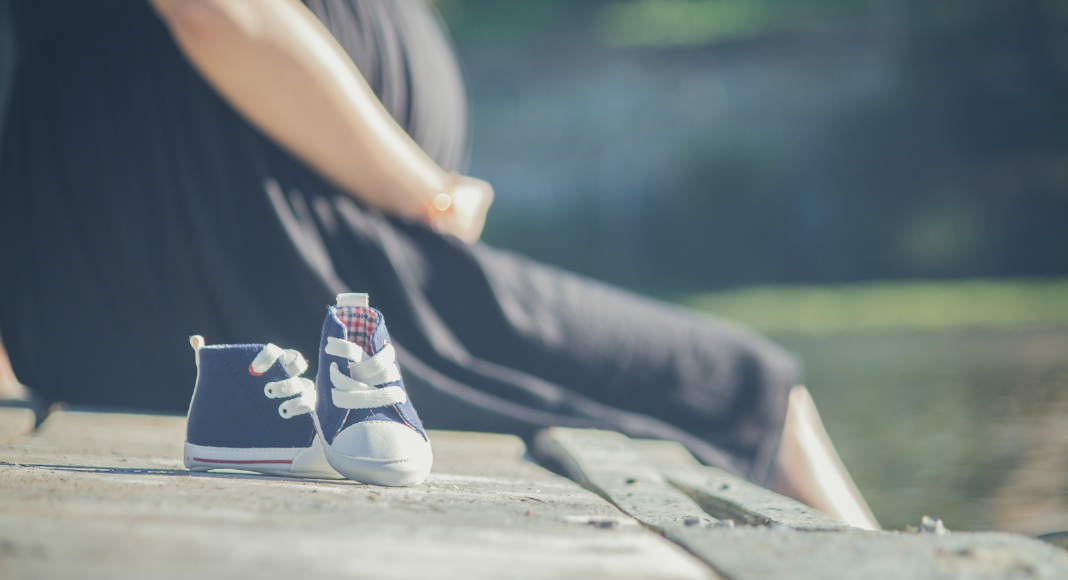 For the record, I think both of us had valid points, and I don’t think that any of his were wrong. Moreover, as a couple, we had always talked about our life as a family of four—until I had a change of heart about two years ago.  So now I was coming to the conversation with a more emotional and long-term perspective, and he was forced to defend something on which he thought we had already agreed.

HIM: Our budget is already tight. Adding another child will be a major strain.

Me: (Big breath here.) Adding another child will definitely cost us money—though I don’t believe all of the projections of how much it costs to have a baby or how much it costs to raise a child in the US fit us that well. Our family is a little different. We don’t incur major childcare costs (second highest cost after housing, according to the USDA) because we made the decision for me to stay at home while our children were young. (Meanwhile, he points out, we forfeit a second salary.) Our oldest son is attending an amazing K-8 public school for free (that his siblings will also attend).

In terms of getting ready for a baby, we had given away or sold almost all of our baby gear—except a pack n play and some baby blankets, but I knew that we’d be able to find most of the things we needed through our community’s amazing MOMS club or craigslist. Plus, we’d already had two babies, so we knew what stuff we actual need and used versus the stuff stores tell you you have to have (or scare you into thinking you need). We cloth diaper and I breastfeed for as long as possible, so those costs are relatively low for the first six months or so.

Overall, we’re pretty frugal in general. I know my husband would rather have more fun with our income now (he’s the spender, I’m the saver). We love to travel and just go out in general, and that’s expensive with kids (whether you bring them along or don’t). The major flaws in his argument that we don’t have enough money are 1) assuming that our income will stay the same for the next 18 years. I argued that he would get raises (for at least the next decade or two) and maybe even a higher paying job (which he did). Meanwhile, I plan to return to the workforce at least part time (doubling or tripling what I currently contribute to our bottom line) once all of the kids are in full time public schooling. So, our needs may increase, but so will our ability to pay for them. 2) (And more importantly), people all over the world have way less money than we do and lead very fulfilling lives. To me, the potential joy of expanding our family outweighed the discomfort of stretching our dollars.

HIM: Our house and car are too small. We’ll need new ones. (Really, this was money again.)

Background: We bought our 2 bedroom, 1 bathroom, 1100 square foot house two years ago under the pretense that we were done having children. Then I had a change of heart. My husband’s argument is that the children are already sharing a room, and everyone’s tripping over each other in the bathroom. Adding a fifth person will be chaotic. 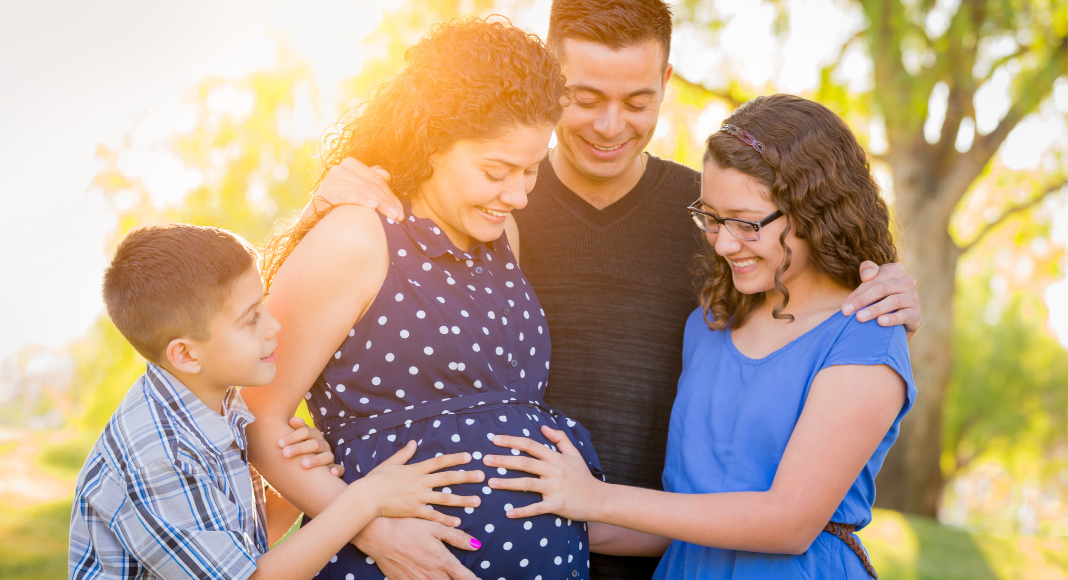 Me: This is a problem three years from now. When the baby is born, she won’t be using the bathroom—not until she’s two or so. She can sleep in a pack-n-play in our bedroom (half in our closet and half out was the only way to make it fit). Eventually, she can share the bedroom with the boys until the oldest one turns nine or ten or hits puberty. That’s at least five years from now, so we have time to figure out a solution. We already have plans to expand our house, so now we’d have a stronger reason to focus our extra money and get it done. Or perhaps the solution is move to a new house. The point is, this is a problem down the road that we have time to figure out based on what we need.

In terms of the car, we thought we’d have to buy a new-to-us car and had priced out some station wagons. Then, on a random day, we happened to pull the carpet in the back of our SUV and realized that we had a hidden third row. Car problem, solved (for now). This might not work for everyone, but I highly recommend examining what you have and how it can work before you commit a chunk of change to upgrading when you don’t really need to.

HIM: Having a baby is hard, and I don’t want to go back there.

Me: He’s absolutely right. Even before the baby comes, dealing with pregnancy is hard. It screws with the sex life and social life you were just beginning to enjoy again. It makes having fun with the kids you have already hard because you’re exhausted and can’t keep your eyes open during the day. Hips hurt. Tears come easily. Plus there’s a whole rash of unpleasant side effects like bacne (acne on your back) and varicose veins—just to name a few.

Once the baby is here, exhaustion hits everyone hard—especially mama. The other parent has to be willing to step in and (in our case) make breakfasts, pack lunches, and get everyone to school on time while mommy and baby sleep. He also has to be willing to handle the older kids’ bedtime routine alone while I nurse through the witching hours for those first six or seven hellish weeks of newborn fussiness. And that sex life is definitely on hold while you recover.

It’s a big ask. But to me, it’s a two to three year sacrifice that is difficult—but not impossible. And in the great scheme of life, 2-3 years is so small, and there’s so much love to gain. My friend loaned me the book Selfish Reasons to Have More Kids which makes a compelling case that parenting is not as hard as we all are making it out to be anyway.

The book also tackles the “but adding more people to the earth will contribute to the devastating ecological impact our species is making” argument, if you’re interested…which is basically that a) adding more people one generation at a time isn’t nearly as catastrophic as some of environmentally harmful practices most of us support by eating meat, driving cars, and generally living and buying products made in an industrialized society and b) if you’re taking time to consider having or not having another child because you care about the earth and its inhabitants, then you’ll probably pass that value on to your future child as well, and the more people we have on the planet ready to do something to take care of it, the better off we all will be.

My biggest reason for wanting another child is totally selfish: I want a big family to love as we age. I want lots of grandbabies to hug and hold (and hand back to their mamas when they need to be fed). While we’re not perfect, I think my husband and I do a pretty good job with parenting, and I’m confident that we can handle the stress of adding another.  I’m good at being a mom, and—while it wasn’t an easy transition—I’m comfortable in that role now. Actually, I think that it’s the best job I’ve ever had. My biggest fear was that something would go wrong with the pregnancy or birth or the baby wouldn’t be healthy…but that is a risk we take with loving other people in general. Those are not things I can control—just like I can’t control whether one of our sons has a terrible accident or develops a life-changing illness. If it happens, we’ll deal with it and keep making the best life possible for our family.

My final point, which I tearfully confessed to my husband, is that at the end of my life I cannot imagine regretting adding a third child to our family. I don’t think I would regret not having had more money or a bigger house.  But I will always regret it if we do not try for a third baby. Thankfully, he finally agreed with me, and it’s a regret I’ll never have to bear.

Did you and your partner debate having another child or are you thinking about it right now?
What are some of the pros and cons you’ve discussed?