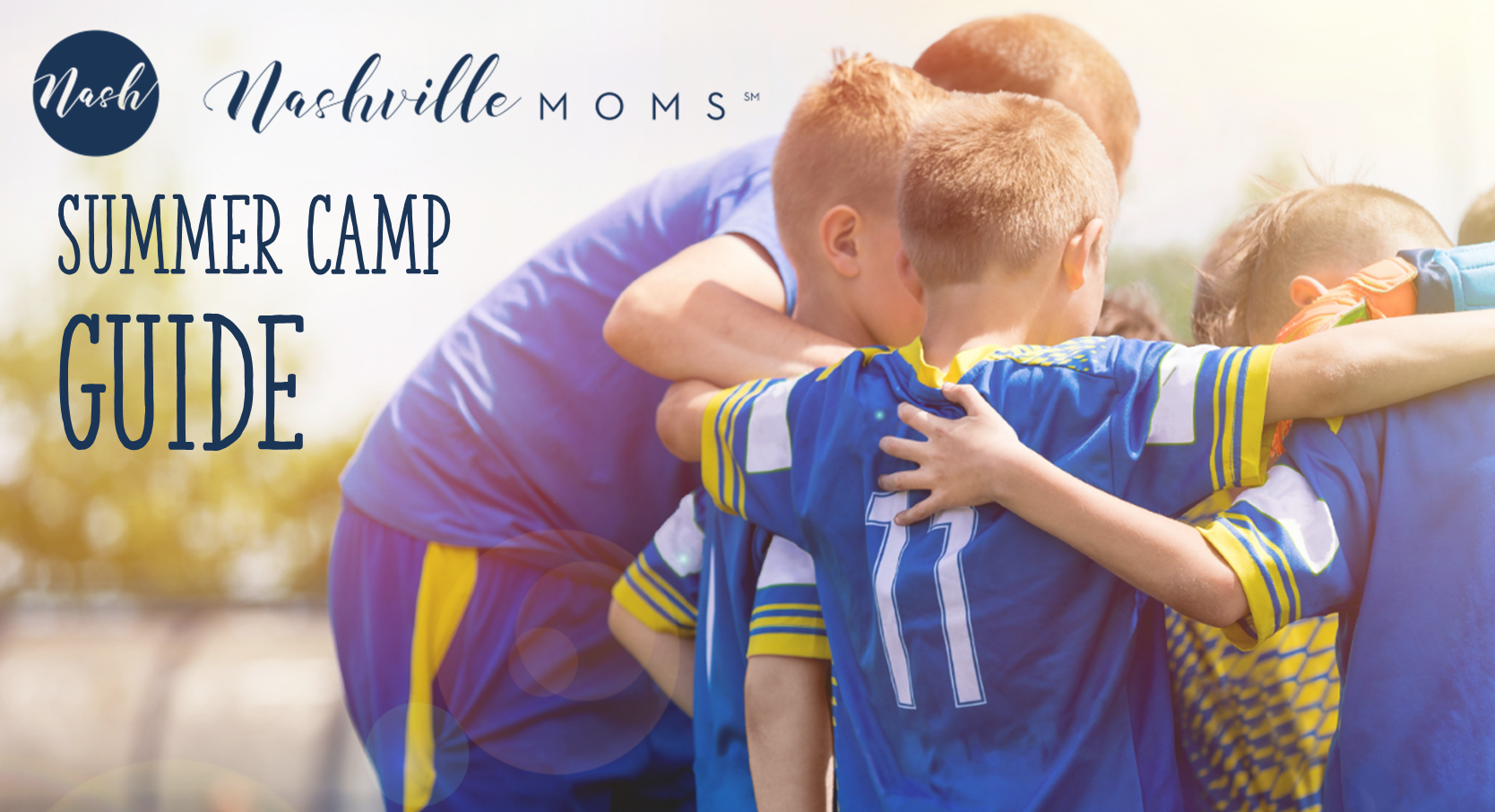 It may still be winter, but we know the early bird gets the worm when it comes to summer camps. There are so many fun opportunities for kids in and around Nashville that you should never hear the dreaded words “I’m bored!”. We’ve gathered all the information for you. Simply search by category and/or age group to find the perfect spot for your child this summer.

Our expert instructors prepare your child to excel in math when school resumes in the Fall.

It’s that time of year again. When parents are starting to think about Summer activities for their children. If you’re a parent of a school-aged child, consider a Summer activity that can give him or her a huge advantage when school resumes in the Fall: Driving math excellence, with Mathnasium.

Mathnasium’s personalized learning plans are proven to improve grades and help kids catch up and get ahead. With live face-to-face instruction, either in-center or online. There’s no better time for kids to take a leap forward in math than Summer. And don’t worry—your child will still enjoy the season. Because we make learning math fun. 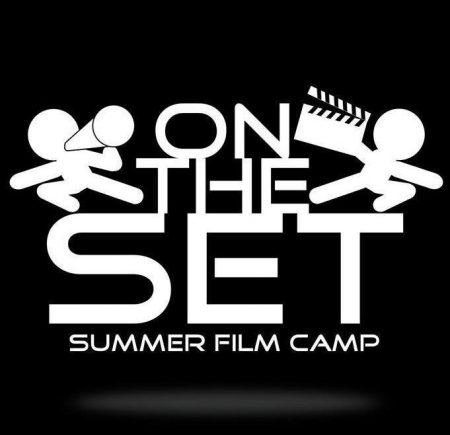 On the Set Summer Film Camp

Peep This Actors-Directors Guild is a nonprofit organization that presents an annual film camp called On the Set Summer Film Camp which is currently based in Birmingham, St. Louis, and Houston.  This year, in partnership with Nashville-based production company Optomiz Productions, the week-long camp (June 1st-10th) is headed to Nashville for the first time. Additionally, Optomiz Productions has also agreed to sponsor all participants for this year’s first camp with a scholarship waiving the $200 enrollment fee per student. With 30 available slots, students between the ages of 10 to 18 will have the opportunity to go on a live action set to produce a short film that stars a real Hollywood actor.

Once the film is ready to be shown, On The Set presents a Red Carpet Premiere and Awards Show, giving students the chance to have a real life Hollywood experience.

The company’s goal is to show that Hollywood is not the only place for one’s stardom in the entertainment industry, there are opportunities forming within Nashville for emerging stars to be discovered. 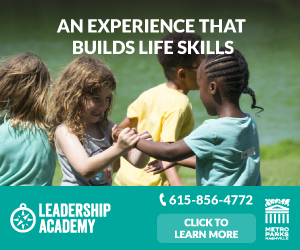 Leadership Academy creates camps that connect children to nature, makes friends and develops social skills for children ages 6-17. We believe that play and outdoor exploration increases creativity, confidence, social intelligence and grit. Our goal is to get children outside, exploring, learning, playing and having fun so that they develop a strong sense of self and a deeper connection to nature. Our camps are Camp Twigs at Bells Bend Beaman (ages 5-12), Nashville Sail Camp (ages 7-17), Mountain Bike Camp (ages 11-17), and Teen Leadership Adventure (ages 13-17). Camp Davis at the Gordon Jewish Community Center has been providing a fun and fulfilling camp experience to local Nashville families for decades, and that tradition continues this summer under new leadership! We run a traditional summer camp program that is based on Jewish values and also offer specialty camps that range from Tennis to Fashion to STEM and much more. No matter who you are or where you come from, the Camp Davis family welcomes you. More than just something to do in the summer, Camp Davis is a place where all campers are pushed to go just a little bit further. At Camp Davis, we believe that every child deserves the chance to be themselves and continue to grow, all while enjoying themselves in nature, in the pool, or around a campfire. Teens ages 16 and up can also apply to be a counselor at Camp Davis where they will have an incredible summer working with kids, learning from our community, and being mentored by our senior staff.  If you would like to join us for Summer 2022 please check us out at www.campdavisnashville.com! 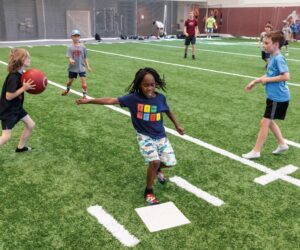 Montgomery Bell Academy offers over 100 different camps for boys and girls ages 4 and up. Choose from a great selection of sports camps and enrichment camps. Full day and half day options are available and campers can combine morning and afternoon sessions and stay all day. In addition to offering the most popular All Sports Camp around, MBA also offers the most Legos and Mr. Bond camp options in the city. Register today for Summer 2022! We can’t wait for your child to walk the halls of their dream campus, bond with new friends and mentors, and experience the magic that’s made us the world’s #1 tech camp for over two decades. Held in Nashville. Weeklong and two-week sessions for ages 7-18 in coding, game dev, robotics, creative arts, and more. Virtual Tech Camps and online courses also available. Cheekwood offers both half-day and full-day camps focusing on art and nature including drawing, painting, clay, gardening and more, for campers ages 5-14 years old. Summer 2022 brings new camps inspired by storybooks and the exciting Colorscapes exhibition. Campers will be outside in the garden as well as in the classroom discovering, experimenting, and creating unique pieces of art. Perennial favorites will return, including Studio Sampler where campers will work with various art mediums, Artist Exploration where campers will learn about the work of important artists and create art inspired by them, and Garden Sprouts where campers will cultivate a love of gardens while exploring Cheekwood and gardening. Mr. Bond’s Science Camps inspire lifelong enthusiasm for science and learning. Teaching creative problem-solving skills, teamwork, and perseverance in an entertaining, kid-friendly setting. The camps are offered all day, morning, or afternoon only. Sibling discounts available at some locations. Where Horse Lovers come to Camp!
Campers ride each day in lessons, games on horseback, or trail rides. We focus on safety, proper riding techniques, grooming, care, feeding, and tacking horses. Activities are geared to the riders level, ability, and age.

Specially designed for ages 13-18, Nashville Pilot Camp offers the opportunity to find out what it really takes to learn to fly! During our one week summer camp, students will learn through hands-on participation as they gain valuable aviation experience. Participants will learn disciplines of aviation through science, technology, engineering and math (STEM) and meet like-minded aviation enthusiasts their own age. Imagine your teenager telling their friends that they got to fly a plane this summer! The memories and friendships made during Nashville Pilot Camp will last a lifetime. Every participant will receive up to two full hours of FAA certified flight instruction in an actual airplane, one hour of flight training in an FAA certified flight simulator, as well as books, maps, and a camp t-shirt. 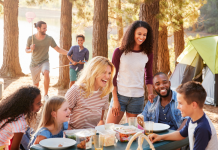 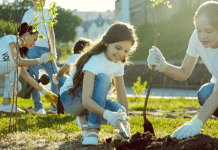 Volunteering with Kids in Nashville Area 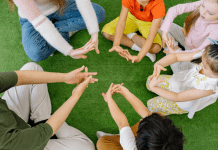 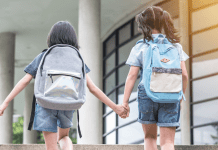 Back To School Traditions