People have a ton of reasons for going cloth. They’re better for the environment, and there are potentially harmful chemicals in disposable diapers. Some say cloth is more comfortable—though I don’t know how they know that. Others say cloth babies have fewer rashes (mine has had maybe one bad rash in his life, but I don’t know if I can credit the diapers). Still others choose cloth because they’re stinking cute. That one, I can confirm. For me, it was two little words that made me jump aboard the cloth train: “save” and “money.” Babies are crazy expensive, and I am very cheap. Done and done.

We’re almost two years in and still going semi-strong. We’re not poster children for the cloth crusade, and many people will probably think we’re doing it wrong, but we’ve made it work for us. If you’re cloth-curious and the thought of hanging diapers outside makes you sweat (WHO HAS TIME FOR THAT?), here’s a little list of hacks that makes cloth life livable.

If you’re looking for the #1, supreme hack of all hacks, you want to shell out the extra dough for a laundry service. Smile Mommy is the best (and only) service in town, and everyone loves them. We were planning to use them for the first bit so we could see if cloth was for us before buying our own diapers, but they use prefolds and covers. This combo, while a very cheap and modular option, involved a bit more touching of pee than my husband was willing to do. I was into it (see above re: cheap), but the hubs won that battle. We went with pocket diapers, which are also pretty modular, but less pee-licious.

There are a ton of cloth brands out there and even more tons of mompreneurs selling their wares on Etsy. Don’t be afraid of variety, and maybe just buy a few until you can try them out on the real deal. Every baby is different, and one mom’s favorite is another mom’s worst nightmare.

Some cloth diapers take more brain power than others. Prefolds are something that no one in my family was willing to learn, but they’re really not that hard. With our pocket diapers, I stuff the inserts beforehand, so the fam just has to do the snaps. That brings me to…

Some people are just not built for cloth. Even though he did old-timey cloth when I was a baby, my dad simply can’t wrap his head around our diapers. Not for lack of trying—we came home to a backwards-diapered baby on more than a few occasions. For awhile, he just didn’t do diapers, but now he does disposable. Speaking of which…

Hack #5: D is for Disposable

You don’t have to go all-in with cloth. It’s not unlikely that you’ll have to do disposables in the beginning—unless you go with the prefold option or spend the extra cash for sized diapers. I went with one-size—because $$$.

My kid is also a super soaker which means that as we were trying to teach him to sleep through the night, we were also battling his very powerful pee. We decided to go with disposables at night, and we haven’t looked back.

My parents started using disposables with Mixon on the road, and I’ve recently started doing that too. It’s definitely do-able to use cloth on the go, but if you’re hurting for space, disposables win the day.

Hack #5a: Disposable Liners are THE BEST THINGS EVER

For those of you who haven’t found the beauty that is disposable liners, this is my gift to you. They’re flushable, they’re easy, and they make dealing with poop no big deal. I bought a sprayer for our toilet, and I’ve used it on occasion, but the liner flush is so much easier. They’re a little more expensive, but I honestly don’t know how I lived without them. And you know that means something, coming from the Mother of Cheap.

I have a big wet-bag that I dump everything into during diaper changes. I usually take the inserts out of the diapers before I throw them in. Keep the wet bag OPEN. Trust me. Air is your friend here.

On laundry day (which feels like every day), I just dump the contents of the wet bag into the washer, throw the bag in after it, and proceed with the wash: warm rinse, hot wash with powder Tide detergent, then dry in the dryer. It’s really easy, and it’s completely worked for us so far.

As I’ve said in other posts, I have a very equal partner in my husband, but we quickly realized that we were going to kill each other if we both tried to control the cloth. I’m the lucky winner of that contest—though my husband had to clean the litter box for two years while I was pregnant/breastfeeding, so I still think I came out on top.

No matter which kind of diaper you choose, you will have leakage. Just make sure you’re prepared with an extra outfit…or six. And change the diapers about every 2-3 hours. (This is another reason disposables are preferable when we’re out and about.)

There’s no way around it. Your kid will most likely live in outfits that are a few months ahead of where he would be if he was wearing disposables. Not a big deal, but it’s nice to know this ahead of time.

While the leaking and the extra legwork are filling out the con list, don’t forget the pros! You really do save a TON of money in the long run, and it’s definitely better for the environment, so those are two nice wins. Also, cloth diapers are built-in cushions when your kid starts to walk. They will fall on their butts. A lot.

Cloth definitely isn’t for everyone, but with these hacks, we’ve made our peace with it. If you’re looking for extra savings, think about having more than one kid. TWO FOR ONE, baby!

What hacks do you have for cloth? What’s worked for you? 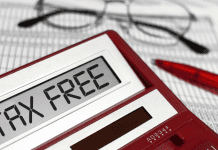