Let me be clear: I love kids. I love music. But I, personally, would rather undergo a simultaneous root canal-audit–bikini wax than live through five minutes of Yo Gabba Gabba Live!. It’s not that I don’t get the fact that a bunch of adults dressed as team mascots bopping around a psychedelic ’shroomscape known as “Gabba Land” is interesting, it just all seems a little much to me.

Now, before you devotees get your diapers in a twist, know this: I can fully recognize that there is a certain level of coolness to Yo Gabba Gabba! Half of my favorite bands have appeared on the show, and Brad Pitt dressed as DJ Lance Rock for Halloween last year. It has been deemed thoroughly entertaining by just about everyone, and I’m sure there are some nice fluffy bits of education up in there to boot. It’s just not the way this Raffi-grad rolls. Call me a purist, or call me a buzzkill, but I just can’t bring myself to let my child’s first musical memories be of a giant red pickle that doesn’t blink.

The good news: This is Music City. Our youngsters are far from doomed to television sing-alongs and Bridgestone nosebleed seats at “_____ On Ice.” There are plenty of awesome opportunities for your kiddo to rock his or her face off to homegrown live music all year long. We’ve barely scraped the surface here, but these are our child-approved faves:

The last time I went to Roberts Western World, I woke up the next morning with a half a slice of bologna in my bra and a novelty pistol shot glass in my purse that said “Angela’s Smokin’ Bachelorette” on the front of it. It is because of the muddled, swirling memories that most of us discerning parents have of Lower Broadway that we don’t necessarily jump at the chance to take our cherubic young spawn to “that bar where I drunk-sang the George Jones song and knocked over the old lady with the walker”—BUT, I can promise you that before nightfall, the honky tonks (particularly the ever-venerable Robert’s) are some of the absolute best places you can take your tots to hear classic country music and give them a taste of what being from Nashville is all about.

We tend to head over to Robert’s early—around 11/11:30am—when the dance floor is generally less crowded, and Wilder is able to shake it with reckless abandon (well not that reckless, he’s supervised of course). If you’re coming hungry (and be advised that you ought to), be warned that Robert’s is NOT the kind of place you order Mesclun greens with toast points.They do, however, have an extensive menu full of kid and adult friendly fare that tastes just as good at 12pm as you (sort of) remember it tasting 12am.

And for the love of all things Southern and holy, don’t forget to order your kid a Moon Pie.

If you feel like making a habit of this Honky Toddlin’ business, also be sure to check out Acme Feed & Seed‘s Soul and Rockabilly Brunches for more all-ages fun and some really, really awesome eats. Fellow contributor Mandy swears by it! This is Rachael Hester. Wilder thinks they’re a “thing” now.

Symphony, I love you, but let’s be real—you’re a tough sell.

Taking a child whose idea of high culture is thunderously soiling himself at the Dutch Masters exhibit (Sorry, Frist Center! Sorry, Vermeer!) to a place where people are seated, quiet, and not wearing three-day-old footed pajamas chills me to the very core of my being.

Luckily, the Schermerhorn isn’t all tuxes and monocles. They have special events just for the kiddos!

That’s right, The Ann & Monroe Carell Family Trust Pied Piper Children’s Series offers daytime performances geared expressly toward those grungy, nose-miners of ours. If you’re worried that the ants in your child’s pants might still be more powerful than the soothing sounds of a contra bassoon, come early and let your little patron of the arts blow off some steam. An hour before show time, the Schemerhorn offers a variety of pre-concert activities including a musical petting zoo, crafts, and a story nook.

Next up on their calendar are The Adventures of Young Amadeus and The Magical World of Tchaikovsky. Tickets start at $14. You would think the Nashville Public Library would be a quiet-ish place, right? Well, it isn’t. Not in the kid’s section anyway! During these first two years of motherhood, I have spent no fewer than three days a week chasing my unruly child through the stacks and singing songs about rainbows during story time with Library Pete, Mary Mary and the Professor.

I’m going to go ahead and make a bold statement:

She plays a mean guitar, sings like a bird, and has the patience of at least 10 of me. Wilder took his very first steps toward a strumming Miss Jane in this very room. Babies and Books is a wonderfully-led, nurturing class that introduces your very little one to fine baby literature AND music. Be prepared to sing, dance, and look silly…it’s all part of the gig. Thursdays 9:30 & 10:30.

This isn’t your average story time. It isn’t hosted by a crotchety, page-skipping employee who grumbles through Owl Moon while daydreaming about her smoke break. NPL story time is the real, mother-lovin’ deal. While, of course, the show (and it really is a show) has plenty of time devoted to reading and chatting with puppet friends, there is a ton of music. The talented and enigmatic hosts are veritable Wayne Newtons to the toddler set and regularly incite mass kiddie hysteria whenever they enter a room. Story times at the main branch are Tuesday and Wednesday at 9:30, 10:30, and 11:30.

Oh, and good luck holding onto your hormones during the finale when the adorable audience members are invited to sit on stage and sing “It’s a Wonderful World. ” I die every. single. time. It’s the cutest.

If your teen happens to be musically inclined, NPL has something for the older crowd too. Studio NPL offers programs where budding musicians, poets, DJs, and spoken word artists can share their work and collaborate on projects together. The library also offers workshops where aspiring producers can learn how to use Logic Pro and record their own music. For more information on Studio NPL, click here.

Oh! The library also hosts free Courtyard Concerts in the summertime too. Ahhhhhhh summertime… This wistful longing brings me to our next family friendly venue…

I know. It’s dreadful outside right now. You’re probably growing paler by the second and clutching your coffee just to keep warm. Me too, friends, me too. I promise, however, that in just a few months’ time you’ll be sneaking a drink from your baby’s sippy cup just to avoid an embarrassingly public “fainting on the twirly slide” scenario. The good news is that there’s more to look forward to this summer than sweating through your shorts. While it would be impossible to list all of the wonderful outdoorsy musical experiences this summer, here are a few choice picks:

Psssssssh! Like you needed another reason to spend the day at Centennial Park in May! Musician’s Corner is a wonderful outdoor concert series that takes place on Saturdays from 12-5 in May, June, September, and October. Be sure to check out Kidsville for all types of fun between sets!

Wilder and I stretched out on a blanket and saw fantastic bluegrass nearly every single week at the East Nashville Farmer’s Market last summer. Check your local market’s website for musical listings as soon as the season kicks off!

My fellow contributor Torrey is an absolute genius. She found a place that’s great for kids, music, and WINE. Arrington Vineyards offers live music on weekend evenings in the summer, and they have plenty of space for your children to run wild. And again, they have wine. WINE.

Basically, it’s hard to be outdoors in Nashville and not come into contact with a live band. Some of our other outdoor staples? East Side Hootenanny, Live On the Green, and the Big Band Dances at Centennial Park.

Nashville makes Gabba Land look kind of “meh,” doesn’t it? If you’re not overwhelmed by all of the choices, rest assured we’ve got even MORE kid-friendly musical experiences coming your way next week in Part Two of this series!

Now—put on your dancing boots, pry those kiddie bums off the couch, and go find some music! 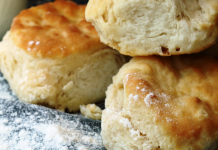 9 of the Best Biscuits in Nashville