Facebook
Twitter
Pinterest
ReddIt
Email
My children are currently in the third and sixth grades. When I was in third and sixth grade? It was 1983 and 1986, respectively. A lot has changed about childhood in the intervening years. Some changes have been for the good — like car seats and the removal of corporal punishment from schools. Teaching kids about kindness and inclusion should be added to that list as well. But, I would argue, many other changes have been to the detriment of kids’ independence and development. Children don’t have enough time to enjoy unstructured play with their friends. They spend too much time spent in organized sports and other structured activities. (Don’t get me wrong — these are great in moderation!) All too often, they are protected from disappointment or from having to make decisions that could result in success or failure. They don’t know how to problem solve. As I reflect on my childhood — specifically my time in school, the contrasts with my kids’ experiences are endless. In the interest of staying lighthearted and enjoying a little nostalgia, here are just a few examples from my school days that most of today’s kids cannot understand.

I was usually one of the last kids picked for a team in elementary school P.E. class. And I probably deserved that. When we played kickball, I bent over and pretended to tie my shoe if I noticed the ball heading in my general direction. So, when we reached the annual square dancing unit? I could accurately predict that I would not get a partner quickly. The girls lined up on one side of the gym. Each boy took a turn walking from the other side to select the girl with whom to do-si-do and promenade for the next two weeks.

Close your eyes and imagine that social pecking order nightmare for a moment, if you will. My gym teacher put on a scratchy 45rpm record and called out our coordinated moves. (Side note: this particular teacher had a habit of snapping girls’ training bras once they reached fifth or sixth grade and telling them how grown up they were getting. Let’s count that not being admissible today as an improvement!) It was miserable. Anyone else out there go through square dancing instruction in the name of physical education? My kids certainly cannot imagine such a thing. Will my kids be lesser humans for not knowing how to do an “allemande left” while “Shoo Fly, Don’t Bother Me!” plays in the background? Only time will tell.

Let’s stay on the topic of all things gymnasium-related. How many of you moms earned your Presidential Physical Fitness Award patch? Those special pieces of cloth (and the accompanying letter of congratulations signed by the president himself)? Not easy gets. They involved a lot of painful exertion and public humiliation. There was hanging from a bar with your entire class circled around you. All your peers bore witness to the reality that there was no way you could do a single pull up. There was the out-of-shape kid who got winded halfway through the one-mile run. He stared sadly at the classmates ahead who finished long ago as the gym teacher yelled at him not to stop. Oh, and then there was the fat measurement. Do you remember this?

We lined up and the gym teacher took a large metal pinching device. Clamping that sucker down on our underarm to measure our fat percentage. This number was yelled to the other gym teacher, who diligently recorded your fat number in a book. There are few things more awesome to a preteen girl than having your fat percentile discussed in front of the class. I read recently that the fitness test was put to death by the Obama administration in 2012. My kids won’t get the chance to compare their sit-and-reach scores with their peers. Maybe I will have to set up my own challenge for them at home. I still have one of my patches!

Walking to and from School

Did you know? Only around 13% of elementary and middle school children walk or bike to school these days. That number was closer to 40% in 1970? I walked to and from school every day from first grade through eighth grade. The trip was at least a mile each way. When I first started the trek as a six-year-old, my mom asked the third-grader across the street to walk with me until I met up with friends so that I would have a big kid with me. In 1981, the eight-year-old third grader was considered the independent big kid. Our kids are capable of more than we give them credit for these days. We all walked through apartment complexes and up and down hills. We talked about Michael Jackson and Dukes of Hazzard. Once a boy named Jarred filled his backpack with cicada shells and dumped them on a girl’s head.

Starting in fourth grade, you could leave school a few minutes early to put on your orange safety patrol belt and head to your assigned intersection in order to help younger walkers safely cross. I LOVED these times of adult-free travel, talking with my friends and really getting comfortable going anywhere in my neighborhood. My kids’ elementary school is close enough for them to walk. However, it sits on a busy road with no sidewalks and no place to cross the street. Encouraging kids to walk or bike to school definitely was not part of the development plan. So, they take the bus — because I just can’t deal with that car rider stuff. The walk/bike to school experience is one that I truly wish my kids could have.

A couple of technological advancements caused thrills in a 1980s elementary school classroom. The first? The big television that wheeled in on a cart while secured with a large canvas strap. When you saw that beauty roll in, you knew you either were about to watch a space shuttle launch or you had a substitute. It was time for yet another viewing of Johnny Tremain. (this was the default choice at my school, for some reason.)

Once a month, going to the computer lab brightened your day. There, you learned to type in three pages of code onto your DOS screen, push return, and then sit back in amazement as the the computer played the notes from the first line of “Happy Birthday to You.”

But my favorite memory? The filmstrip beep. Once the teacher adjusted the filmstrip projector to the correct angle so that the images squared on the screen, she pushed play on the accompanying cassette tape. Hands shot up to be the volunteer to turn the filmstrip knob each time the tape let out its tell-tale “beep” or “dong.” If the teacher saw this time as a free pass, she left the room. If your chosen filmstrip turner wasn’t paying attention, you could end up several frames behind and then yelling at your classmate as he scrolled back and forth to get the audio and the visual back to alignment. Much like vinyl has made a resurgence in recent years, I hope that teachers pull those dusty filmstrip boxes from the back corner of the library’s closet and give a new generation the thrill of this teaching tool.

Do you ever think about ways that school is different for your kids than when you were a student?
I would love to know some of your examples! 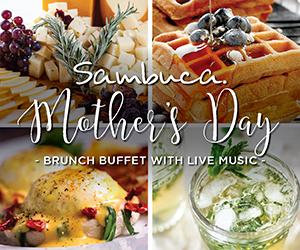