My seven-year-old daughter spent last week at Girl Scout camp—five nights away from home and living in a cabin with a dozen other little girls and four counselors, most of whom she had never met before. Hard to believe that this girl, who had anxiety attacks throughout kindergarten when I dropped her off at school, was now willingly spending a week away from home!

It can be difficult to know exactly when your child is ready to go to overnight summer camp, but my husband and I had watched our daughter blossom so much between kindergarten and first grade that we felt pretty certain she could handle it. We knew she would feel some pangs of homesickness throughout the week but were confident she would not dissolve in a puddle of tears and panic. No matter what happened at camp, it would be a worthwhile experience for her and for us.

I know that first night was hard for her. In the letter I finally received on Thursday, she said she “hardly slept on Sunday night.” In truth, it was hard for me too. As I sat on the couch, the last one awake in the house, I wondered how she was doing. Was she clutching her beloved Lamby with tears in her eyes and missing us terribly? I couldn’t call and check on her. I couldn’t see her until Friday. It was kind of killing me for the first couple of days.

I scoured the camp website where counselors posted pictures of campers looking for my daughter. I only found one group shot. She was smiling, but I knew it was kind of a forced smile—not a truly joyful one. I don’t consider myself a “helicopter mom,” but right then I sure did want some kind of webcam through which I could peek into her life at camp and see just how she was holding up. Was she making friends? Was she participating in the activities? Was she happy?
When you pack your child off to summer camp for the first time, it’s not only a learning and growing experience for the child—but also for mom and dad as well (not to mention any siblings left at home). For my husband and me, it was the first step in nudging our daughter toward a new level of independence and our first taste of letting go. It was also a chance to see how my son would act without his consummate playmate by his side.

With my daughter out of the house, the first thing I noticed was the fact I was not saying “Keep your hands to yourself!” ten times a day per the usual. Then I noticed that every room in the house was not littered with dress up clothes, Lego pieces, scraps of paper, markers, and crayons. Hmmm. It appeared that my daughter might be the chief mess maker around here. When left to his own devices (rather than participating in some activity orchestrated by big sister), my son is pretty happy playing outside with just a stick and a rock. Could be dangerous, but cuts way down on the housecleaning!
So, no sibling rivalry for the week, my son taking a renewed interest in his baby sister, my anxiety fading a little each day…I thought—this camp thing might be working out all right! Mid-week, I did find some photos of my daughter with a genuine smile on her face and was infinitely reassured. By the time Friday afternoon rolled around and it was time to pick her up, I couldn’t believe how fast the week had flown by.

We pulled up at the lodge and our daughter’s counselor went inside to get her. She came to the car with a huge smile on her face. We hugged tightly before I asked how camp had been. “Awesome!” was her immediate reply. She hopped in the car and proceeded to chatter about her week for the entire thirty minute ride home. Then we looked at pictures on her camera while she told stories and giggled about camp. My daughter was home, and my heart was at peace.

I think we’ll all be unpacking the lessons from overnight camp for some time yet. Hopefully, she will return year after year—truly immersing herself in the experience the way I did for so many summers at my beloved childhood summer camp. If all goes according to plan, she’ll be spending two weeks there as soon as she’s ready. After her intro to summer camp this year, I feel confident that many more camp experiences await us.

If you and your child are considering overnight summer camp, and you both feel ready (even if you’re also a little bit trepidatious about it!), take the plunge and do it! There’s a valuable experience ahead for the whole family. 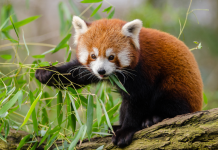