This will be my sixth Father’s Day. I find it strange that I get to be honored on a holiday that I myself am absolutely not prepared for. It’s reasonable to celebrate Mother’s Day. My wife has spent the majority of the last six years making and delivering babies. But fatherhood? That’s a different story. Over the past few years, I have discovered multiple similarities between fatherhood and my job as a law enforcement officer. When my wife told me she was pregnant with our fist child, I was shocked. It felt like I had been enrolled in extreme boot camp. During boot camp I became an expert on birthing and parenting. I read What to Expect When You’re Expecting — and watched the movie for good measure. As a result, I learned words like lanolin, breast pump, and cervix (words that no man should know).

I felt like I was ready, but I wasn’t.

We made it to the hospital for the Big Day. Much like the first day of boot camp, there was a lot of yelling, confusion, and nausea. I figured the kid would be happy to stretch his legs, but he was just generally offended. The truth? I was exhausted after the first day. But my wife hardly even asked how I was doing.

My newborn baby boy had now become my newest drill instructor. He whipped me into shape pretty quickly by screaming at me until I did what he asked. And if I did it wrong? He just screamed louder. He perfected the sleep deprivation techniques. Apparently, spitting up on the recruit aids in their training as well.

Then the day came when he slept through the night. I guess that was his way of saying I had graduated training. Needless to say, I was thrilled. I was finally getting the hang of his fatherhood thing.

And just as I began feeling confident in fatherhood, my wife announced she was expecting. I was so shocked. Was I ready to have another tiny human eating my food and robbing me blind on payday?

Since our oldest was sleeping through the night, I assumed he would do the right thing and tell his brother about this expected shift schedule. No such luck.

And, of course, as soon as my family of four found a rhythm in the midst of todderhood, we decided it was time to add a third child under five. Because, apparently, unless you’re outnumbered, you’re not really enjoying yourself as a parent.

This one was a girl. That was fine — until I learned how expensive they are. Her clothes and accessories cost more than my own. I will never understand the economics of children’s clothing. Don’t my clothes require much more fabric? I assume that’s a debate for another day though.

But seriously. It’s funny. Every time I had a kid, I thought I was ready, but I wasn’t.

I wasn’t ready for the pride I would have, standing in the hospital, watching my newborn baby in the nursery while my family congratulated me.

And I wasn’t ready for the pure joy I felt when I watched my wife fall asleep feeding our first child. Realizing I had a family who would never stop loving me despite my flaws as a husband and father.

I wasn’t ready for those first steps — when I saw our little creation walk around like a bumbling newborn Bambi.

And I wasn’t ready for those sweet little baby kisses where they open their mouth and attack your mouth like a drooly vacuum hose.

I wasn’t ready for those times they fell asleep in my arms watching TV on the couch after a hard day at work.

No way was I ready for the ouchies I got to kiss and make better; the scrapes on the concrete that I got to cover with a Band-Aid; or the hard hits to the head when they ran to me first — hopeful that I would give that doorframe the butt-kicking it deserved.

I wasn’t ready for the family pillow fights that usually end up with someone falling off the bed after I get a little carried away.

And I wasn’t ready for all the tickle fights that I let them win — where we’re all laughing so hard we’re crying.

I wasn’t ready to be a dad. But every day I’m thankful for my boys and baby girl. They have taught me more than I’ll ever be able to teach them.

I wasn’t ready for fatherhood — but I wouldn’t trade it for the world. 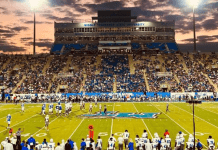 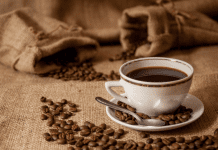