Here in Tennessee (and in the South in general), football is not just a pastime. It is way of life. There is something different in the air when you are spending time under those Friday night lights, waking up to college game day on Saturdays, and tailgating on Sundays. From September to February, you know what your weekends are going to look like. And that doesn’t include time spent on gathering your fantasy football leagues, picking out your new team gear, and getting your best trash talking ready for your rivals!

Growing up, my dad made sure my sister and I knew all the important things in life. Cheering for the Vols, and the rules of a football game were part of those life lessons. We would pack up, drive six hours east, and cheer on UT at Neyland Stadium – always wearing that bright orange and white. And when we weren’t there? We were glued to the television or radio, cheering and singing Rocky Top. We didn’t miss game day Saturdays. Then in 1997, when the Oilers moved their team to Tennessee and became the Titans, I was immediately a fan. Tennessee finally had their NFL team. We were in the big leagues now! Through many ups and downs (losing a Super Bowl by one yard ring any bells?!), my Sundays are full of cheering on the two-tone blue.

Bottom Line: Down here, football matters. But how can it be better? Technology: Not Only in the Business World, But in Football!

As a woman who works in technology and is an avid football fan on nights and weekends (well pretty much 24/7), I couldn’t be happier to see my two worlds collide. There has been a big push to increase awareness, and provide sustainability and advancements on the field, in the area of the player’s equipment.

When I think of technological improvements, honestly the things I think about first are software, better phones, better televisions and graphics, and the entertainment world. When you think of how far technology has brought us, ahem, telling my age here – remember the dial-up phones with a cord, cassette and record players, and big boxed TVs with no remote! We actually had to get up and turn the channels! Now, think of those things compared to the electronics we have now. Technology has made our lives easier and, I would say, better! Thanks to technology, I can track my fantasy team and watch the games all in the palm of my hand!

Now, tech companies are working on the same strategy – to make the football game better.

The reliability and performance of helmets, in particular, has become a hot topic. Tech companies have jumped on board to help create new helmets that will make the game better. In fact, 74 percent of all NFL players now use advanced helmets, a jump from 41 percent in 2017.

Studies have been performed, one in particular by Virginia Tech’s helmet lab, and they have named the Vicis ZERO1 as the best helmet for football players. Multiple tests were performed on this particular helmet and the results show this helmet covers four impact locations and three impact velocities. It is also chosen as the number one helmet for the NFL in reducing head impact severity experienced by players on the field. This helmet is used by 28 of the 32 NFL teams, more than 120 NCAA programs, and more than 1,200 high school teams.

Furthermore, neurologists believe that the new helmet concepts being created will help save high school football. This comes from the testing that was done on the BrainGuard helmet in particular that shows reduced rotational force by 25-50%, as compared to other top helmets on the market today.

The next piece of equipment that has gotten an upgrade? The mouthguard. New tracking technology has improved the benefits of using “smart” mouth guards on the field. These mouth guards produce data that can track and assist the force of impact on the player and check the risk of concussions. Multiple companies are now placing this tracking information and device into their mouth guards.

The new FITguard, by Force Impact Technologies, uses LEDs that change color when the impact on the player reached a certain threshold. This can help track the impact a player receives when he takes a hit to the head.

Cleats are another item that are being studied and tracked. Studies of cleat patterns by the NFL and Dr. Kent, professor from the University of Virginia, showed that “lower limb injuries are responsible for approximately 60 percent of all NFL injuries.” The NFL’s Play Smart. Play Safe. initiative has now created a shoe-testing machine, called “The Beast”, that allows the study of how much force it takes to release different cleat patterns from a turf surface. These studies will provide players the information to help them choose the best cleats for their game.

Why does this matter?

To be honest, I had never put much thought into improving these items. I definitely did not realize the studies, times, testing, etc that went into every piece of equipment. The helmet is an obvious choice to look closer at, since it protects the brain and neck, but who would have thought you could take technology and increase a shoe pattern or a piece of rubber/plastic that fits in your mouth?

We strive to make the world a better place. Every year, the movies get more advanced with the way they can draw an audience in. Our household items get upgrades. We have the best electronics. So why wouldn’t we use this same technology to make the football field a better place? I am happy to see these improvements and advancements taking place to make my beloved sport better.

So next time you gather friends or foes together to cheer on your team or root against your rivals? Remember that technology is making the football game better.

We may not agree on the best teams, but we can agree that this is a wonderful thing!

For more great stories on football’s impact on all our lives, please check out the FootballMatters site or on Facebook and Instagram.

Be Strong — How LG is Helping Students #GiveHappiness 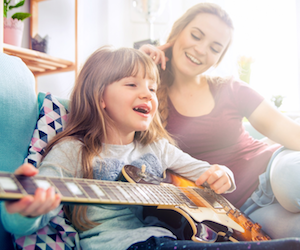