Summer time is a great chance to visit our local state parks. The kids are out of school, and you are looking for something to fill their time and burn off some energy! We have rounded up a list of all the state parks located in Middle Tennessee. You can choose to visit in a day, or camp out and spend some time there! 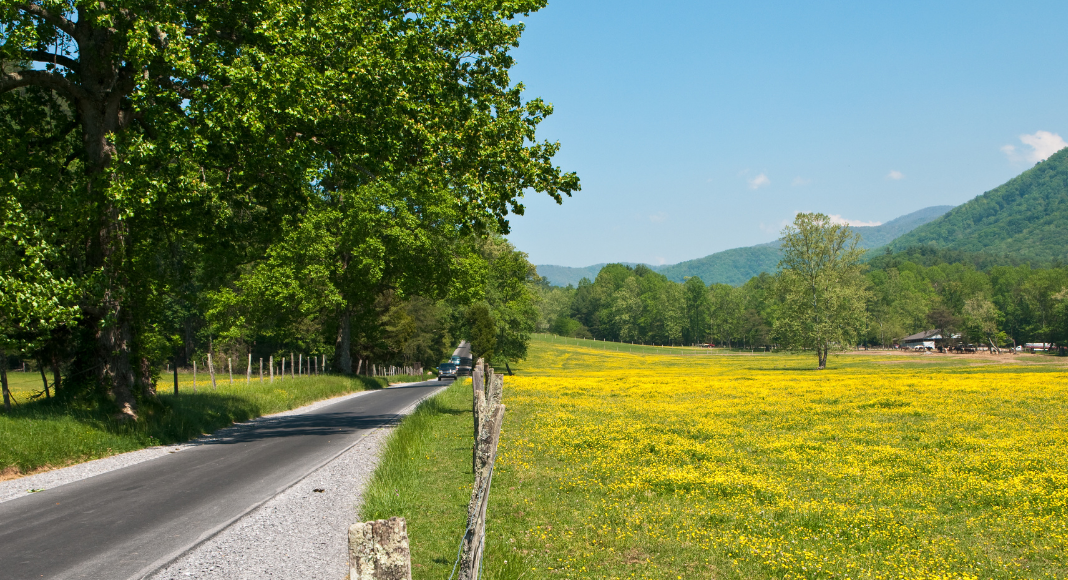 Bledsoe Creek State Park is rich in history as it was once a prime hunting ground for the Cherokee, Creek, Shawnee, and Chickamauga Native American tribes. The area is home to a wealth of Native American history along with various historical sites nearby. The park features 57 campsites. There are more than six miles of scenic hiking trails. The trails meander through the forest and along the lakeshore of the park. One mile of these trails is paved making it accessible to persons with disabilities. The trails are open year-round.

Cedars of Lebanon State Park is named for eastern red cedar trees found throughout the area. The trees reminded early American settlers of the famed Biblical cedar forests that thrived across Mount Lebanon in what is now the Mediterranean area. Cedars of Lebanon became a state park in 1955. The 1,139-acre park has 117 campsites equipped with picnic tables and grills, and electric and water hookups.  A modern group lodge, open year-round for organized groups, has a total sleeping capacity of 80 people.

David Crockett was a pioneer, soldier, politician, and industrialist who moved to Lawrence County and served as a justice of the peace, a colonel of the militia, and a state representative. Along the banks of Shoal Creek, he established a diversified industry consisting of a powdermill, a gristmill, and a distillery in what is now his namesake park. All three operations were washed away in a flood in September 1821.  The 1,319-acre park has a museum staffed during the summer months, with exhibits depicting Crockett’s life here and a water-powered grist mill. The park’s two campgrounds contain a total of 107 sites, each equipped with a table and grill plus electrical and water hookups. Bathhouses provide hot showers, commodes and lavatories. A dump station available for self-contained rigs. Campsites are provided on a first-come, first-served basis. Stay limit is two weeks.

Dunbar Cave has been used for thousands of years and is the site of significant prehistoric Mississippian Native American cave art dating to the 14th century. The park is 144-acres and is located in Clarksville, Tennessee. There are guided cave tours available.

The Harpeth River State Park is a linear park that manages nine river access sites along 40 river miles. Sites include several natural, archaeological and historic areas. The park is popular for kayaking, canoeing, fishing and hiking. Canoe access areas are located at all sites (excluding archeological areas). The Harpeth River is a Class I river and is appropriate for beginners to advanced paddlers. Visitors can bring their own canoe or kayak. Rentals and trip information are available from local outfitters in and around Kingston Springs.

Henry Horton State Park was constructed in the 1960s on the estate of the former governor of Tennessee, Henry Horton. The park is located on the shores of the historic Duck River, one of the most diverse ecosystems in the world. Remnants of a mill and bridge operated and used by the family of Horton’s spouse for over a century may be seen today on the Wilhoite Mill Trail. The park offers several lodging options, including a lodge, eight cabins, 56 RV campsites, 10 tent campsites, nine primitive campsites, and three backcountry campsites. There are also three group campsites available. The Restaurant and Lounge at Henry Horton are a destination for travelers and locals.

The 2,600 acres which make up this area became a state park in 1974 and has four sections, Couchville, Baker’s Grove, Bryant Grove and Sellars Farm. Long Hunter State Park offers a variety of recreational activities including fishing and hiking and has two boat launch ramps on J. Percy Priest Lake, a group camp, a backcountry campsite, meeting facility and a visitor center. The more than 20 miles of hiking trails provide a variety of terrain and habitats and range from pleasant strolls to longer jaunts for the more adventurous. Trails include a self-guided, paved arboretum trail and the five and a half -mile Volunteer Trail that follows the lakeshore.

Montgomery Bell State Park serves as a natural oasis for local city dwellers and a peaceful vacation destination for travelers. Three lakes are nestled into the 3,850-acre park and provide visitors the opportunity to soak up the sun on their swim beach shores and paddle the calm waters. Visitors can experience a natural retreat at the newly renovated Lodge inside Montgomery Bell. The fully remodeled 117-room Lodge sits on the banks of Lake Acorn and provides guests with the opportunity to escape to peace and quiet while being just minutes away from the interstate. The renovated Lodge features modern rooms, a new full-service restaurant and bar open to park visitors daily, and 6,000 square feet of flexible event space. The Lodge is the perfect place to disconnect from the hustle and bustle of the city—enjoy lounging by the outdoor pool or kick back with a craft beer in the lounge.
The park also has eight environmentally-friendly modern cabins available for rent near Lake Acorn. The park’s campground can accommodate campers up to 60 feet on most electrical sites. The campground has on-site sewer at 40 sites and can accommodate small pop-up campers and large RVs. There are 94 campsites available at the park.

The Old Stone Fort was built during the Middle Woodland Period, 1,500-2,000 years ago. Native Americans used this area continuously for about 500 years, eventually leaving it abandoned. In 1966, the state of Tennessee purchased 400 acres of the Chumbley estate as the core of what is now Old Stone Fort State Archaeological Park. The park is home to an abundance of activities for guests to enjoy. The main hiking trail follows the wall of Old Stone Fort which was used by the Native Americans as a ceremonial gathering place. The trail threads through dramatic scenery where you can see the original entrance of the fort which was designed to face the exact spot on the horizon where the sun rises during the summer solstice. Visitors can learn about the Old Stone Fort on this hike with twelve interpretive panels as well as enjoying the areas graceful waterfalls.

Port Royal State Historic Park is small, but it holds a large story. It is a day use park. The town of Port Royal was established in 1797, one year after Tennessee Statehood. The creation of a tobacco inspection point and flatboat yard led to the town’s role as a regional tobacco town—one that relied on dark fired tobacco as currency and saw flatboats leave down the Red River to New Orleans by the dozens every year. The park is 30 acres and is located in Adams, Tennessee.

Radnor Lake State Park is a 1,368-acre park and is protected as a Class II Natural Area. It is unique due to the abundance of wildlife viewing opportunities, environmental education programs, hiking opportunities, and its location in an urban area. The park is day-use only and the 7.75-miles of trail are strictly used for hiking, photography, and wildlife observation. Pets, jogging, and bicycles are only allowed on the Otter Creek Road trail. The Lake Trail is accessible to people with all-terrain wheelchairs. The park is perfect for nature enthusiasts to observe owls, herons, and waterfowl as well as many species of amphibians, reptiles, and mammals such as mink and otter. Hundreds of species of wildflowers, mosses, fungi, ferns, and other plants, as well as trees, shrubs, and vines, add to the natural ecological diversity of the area. Several ranger-led programs are planned throughout the year including canoe floats, wildflower walks, astronomy night hikes, nature hikes, programs on snakes, off-trail land acquisition hikes, and birds of prey.

Located on the Tims Ford Reservoir, the 3,546-acre Tims Ford State park sits in the shadows of the Cumberland Plateau in south-central Tennessee. The Tims Ford Lake is considered one of the most picturesque lakes in Tennessee and is regarded as one of the top bass fishing and recreational lakes in the Southeast. Open year-round, Tims Ford has 168 campsites across three areas, (Main, Turkey Creek, and Fairview). You can also rent a cabin and enjoy activities such as hunting, boating, hiking, golfing, biking, fishing, and birding. In close proximity to the cabins, is the Blue Gill Grill and the Holiday Landing Resort as well as nearby attractions such as Historic Winchester and the Jack Daniels Distillery. Overall, the variety of activities and amenities offered make Tims Ford State Park cabins a great vacation spot for all ages.

Looking for waterfalls or swimming holes? Check out this amazing guide! 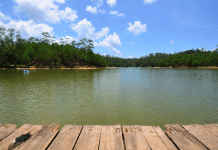 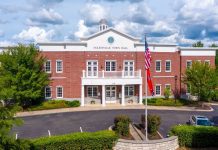 Where to Eat and Shop in Nolensville 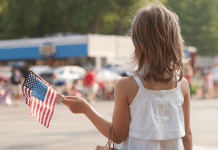 Fourth of July Events In Nashville 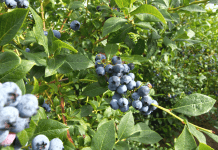 Family + Lifestyle Heather Seay - June 18, 2022 0
Summer time is a great time to get fresh fruits and vegetables and blueberries are no exception! Blueberries ripen around the end of June/early... 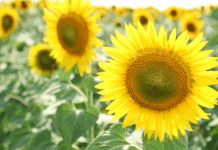 Family + Lifestyle Heather Seay - June 16, 2022 0
Sunflowers are sentimental and special to me. My grandmother loves them, and has always had her house decorated in them as long as I...