As a newly engaged 23 year-old, I was deeply entrenched in bridal magazines, veils, dress fittings, and ring admiring. My husband-to-be was in the military with a deployment on the horizon. A not-so-very-distant horizon, actually. We had had plenty of warning and knew that we would have 4 months of wedded bliss before he shipped off to Iraq for a year. Somehow, at the time, it made everything seem all the more romantic.

Thinking about what that actually meant could wait. Considering the implications on our marriage could wait. Understanding how to be an “army wife” was something I would just have to figure out later. Because—for right now—I had centerpieces to think about.

Those 4 months went swiftly by, and the closer the deployment loomed, the more we were forced to face it. The morning he left came with lots of tears, and I drove home from the base alone. The months never pass slower than when you’re going through a deployment (except maybe when you’re pregnant). So I counted down the days and spent my free time with my sweet support system who kept me distracted. I took trips to  California, Indiana, Ohio, and Ukraine. I ate what I wanted to eat and maybe drank some wine while I online-shopped on Friday nights. Friends came to visit, and I taught myself how to cook. When a deployment is at least 12 months long, the soldier gets 2 weeks off (R&R) to spend as he sees fit. The stars aligned for us to meet in Germany for 2 weeks over our first anniversary for a wonderful trip.

Eventually, the months and days spent waiting dwindled away, and at last it was time for him to come home. I had planned a glorious homecoming filled with date nights and time with friends. Things would fall back into place with ease, and we would move on. But there was a problem. I hadn’t considered what time he might need to acclimate to a home he hadn’t known in a year. Virtually no time had been spent thinking about the ways two adults can change in a year. And I certainly hadn’t given much thought to the fact that this military journey we were on wasn’t ending—but had actually just started. I’m not sure how we neglected to talk about what his intentions were with his military career in the long-term, but neglect it we had. We were naïve and didn’t realize it. As we slowly settled back into a routine, it became apparent that he was going to make a career out of this calling of his, and I needed to figure out what that meant for me and for us. He communicated it to me in a way that was very direct—as though he were speaking to a fellow soldier. On the way to dinner with friends, he told me, “Oh, you should know that there is possibly another deployment next year.” My reaction was, of course, not so good. That was a turning point that showed us that we needed some help with our style of communication and how to move forward together without resentment. If he quit a job he loved because of me, we feared there would be resentment on his part; if he stayed in, the resentment might grow in my heart.

With that understanding, we agreed to undergo marriage counseling.

We started seeing a sweet couple that attended the same church as we did. It’s difficult to explain how freeing it is to speak about issues to an unbiased party in a space that is safe. They were able to walk us through how we could communicate about the military without the conversation ending in an argument that had no resolution. He needed to be more sensitive and I more receptive. I came to understand that he wasn’t choosing the military over me. Aside from the fact that he truly loved his job, he felt that being an officer in the military provided a good living and financial security for our family in a time of real economic crisis—when several of our college friends were having trouble with corporate downsizing, layoffs, or not being hired at all. I discovered that I could, in fact, learn to live in a military marriage—a path I never would have imagined for myself. He learned to be sensitive to the fact that choosing Army Aviation affected much more than just himself and that learning information about deployments and major training events that may seem routine to him could rock my world emotionally. The biggest takeaway from the entire experience, however, was that going to marriage counseling is not an admission that your marriage is failing. It does not make you a bad spouse, and it certainly is not something to be embarrassed about. If anything, it’s the opposite of ALL of that. We did it because we were committed to the marriage and didn’t want to see it fail. There is no shame in working to improve something that is important to you!

Being married is a long road, and raising kids together requires teamwork and communication. Why would you allow yourselves to be miserable with someone you have forgotten how to talk to? It sounds scary—asking “strangers” for advice and opinions on the most personal parts of your relationship. To be honest, that first session is a little awkward. But it is so, so worth it to work together on issues that you can move past rather than to allow your marriage to dissolve into something that isn’t worth saving. We still work on things, of course (but in a much more productive way), and  I am so glad I get to to spend every day with my favorite guy! 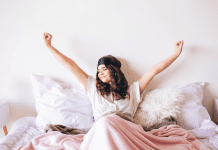