“Mirror, mirror on the wall why is there a half-melted wax figure of Dee Snider in the bathroom?”

Ever so slowly it comes back to you: the babysitter, the booze, the youthful fire you thought you’d lost ignited again from within . . . And now, the crushing defeat of morning.

As you struggle to scrape the red wine moss from your teeth, a tiny human appears in the doorway. And then? Two more. They all have harmonicas. At least one of them is actively pooping themselves.

Sad to say, the only Twisted Sister in this joint is you. This is just what it looks like when a mom in her 30s is hungover.

In case there was any confusion? Today will not be a good day. There will be a lot of throbbing, some bad words, and probably a couple of strange bowel movements. (Those will be yours, not theirs. Well, theirs may be too.) Parenting the morning after is about as much fun as facial electrolysis. But thanks to those shrill little moppets of yours? You’re sitting on an untapped trove of potentially effective hangover remedies.

In a perfect world, you’d do away with your shame the old fashioned way and treat that searing cerebellum of yours to some pampering at your local re-hydration clinic. Yes, that is actually thing now.

But your world, lovely as it is, is not perfect. It is filled with children. How will you survive? Can you even make a grilled cheese sandwich with a blood alcohol level of 0.97%? Yes. Yes you can.

Enter Pedialyte, the neon lovechild of Faygo and actual medicine. It saved your family during Norovirus season, and it’s here to do its good work again.

Pediatlye is dang-near perfectly formulated for restoring vital fluids, nutrients, and minerals lost to excessive dehydration from vomiting, diarrhea—or whatever it was that happened last night. In fact, it has become such a handy hangover helper that even the college kids are using it! Thousands of dudes named Tanner can’t be wrong so drink up, mama!*

(*Thousand dudes named Tanner are wrong about positively everything else though . . . )

Believe me. When I’ve been mowed down by the vodka train, I’m the first person who wants to go running into the frozen, loving arms of a Tombstone Pepperoni and Sausage. But when you’ve been reduced to a state of infancy by your own poor choices, eating like a baby might be the best thing to get you back on your feet.

Baby food is super-easy for your rusty old insides to tolerate, and you don’t have to cook it—which is probably for the best since you shouldn’t be allowed anywhere near the gas stove when you have the reflexes of a koala bear.

Hot tip: Stick to those Stage One foods, you animal! Palatable simple carbs like ‘nanners and applesauce will go down easily. A pureed thanksgiving dinner will not.

Normally, more alcohol is not that answer to an alcohol problem. But a few good sniffs of isopropyl alcohol after a rough night could actually keep you from yacking all over that Land of Nod rug. I originally picked up this medically viable info-jewel during a particularly nauseous labor with my first son. Whilst on the precipice of hurling, a nurse handed me an alcohol swab. Three whiffs later, the room stopped spinning. Magic. The contractions were still totally painful though.

If things go a little swirly on ya, and you start to feel like the character played by Mark Wahlberg in a disaster at sea movie (Giant CGI waves, tiny fishing boat), bust open that first aid kit and head for the alcohol towelette. Your kids were never going to let you use it on their scraped up knees anyway.

Let’s just level with each other: it’s not like you weren’t already chowing down on your kiddo’s gummy vitamins, but today might be an especially important day to pop a couple of Flintstones.

Vitamin C can speed up the way your liver metabolizes alcohol and B vitamins such as thiamine and folate are thought to effectively battle the toxic effects of too much sauce. Also? They’re tasty.

Stay with me on this one. A brisk jog in the park doesn’t exactly get me all hot and bothered either. But recent studies suggest that a little workout may help you hold onto those precious brain cells after a night of nostalgic Jello shots.

(You know — those four remaining brain cells that your children haven’t already robbed you of.)

While there is still a lot more research to be done, taking those little ones outside for romp in the fresh air and sunshine might be really good for your noggin. Worst case, it’ll wear the little stinkers out and greatly increase your chances of a mid-day nap. 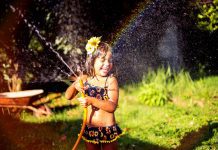 No Pool? No Problem. 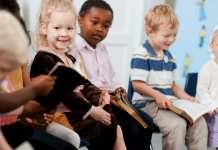 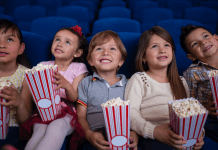